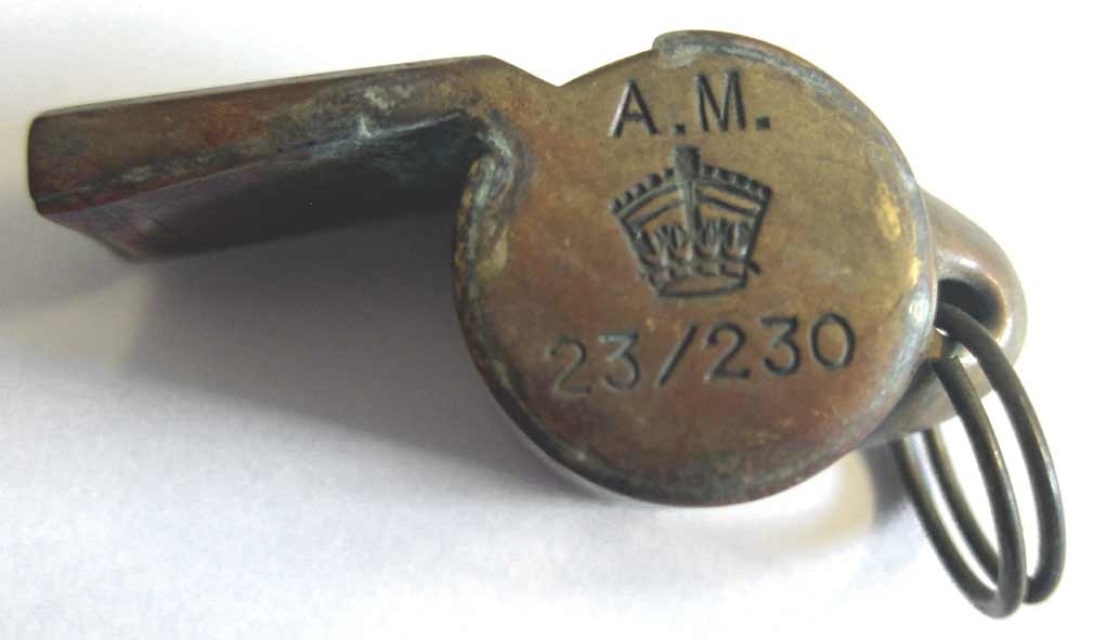 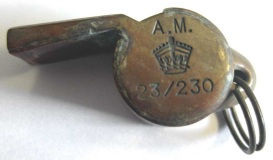 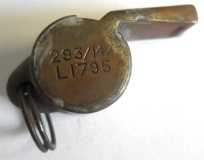 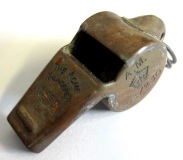 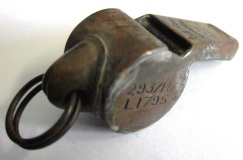 Reproduction brass WW2 RAF & USAAF Emergency or ditching whistle. These were originally used in WWII and made by the original wartime RAF supplier. It is made with the A.M. (Air Ministry), markings on one side of the whistle and "293/14/L1795" on the other side. It also has the Kings Crown stamp and RAF Stores number 23/230, as well as 'The Acme Thunderer Made in England' stamped on the top.

Make no mistake, these are the real deal, identical to the escape whistles the RAF and USAAF pilots and aircrew attached to their flight jackets during WW2. Made on some of the original machines from WW2 and in the original factory.

This is an aged condition - no two will be identical, perfect for your vintage A2 flight jacket.