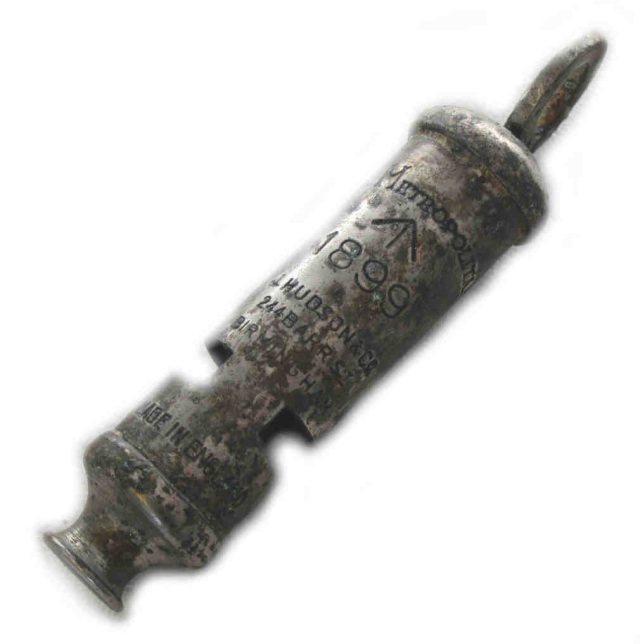 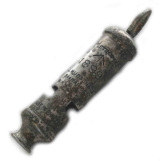 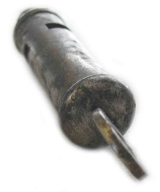 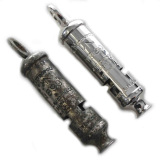 This is an aged reproduction Boer War ('The Metropolitan'), whistle made in England. The whistle is suitably marked up with the correct War Department Arrow and markings, including the Patent Number 5727.08 on the top, 'The Metropolitan' and Date on the body - '1899', including 'J HUDSON & Co 244 BARR ST BIRMINGHAM'. On the bottom is 'MADE IN ENGLAND'.

This whistle was mainly used by the Army for signalling, in particular Infantry, Artillery and Cavalry units combined into 'columns' where signalling was essential. It was also carried and used in WW1 by men who fought in both wars.

This whistle is made by the same company that made the original whistles, in the same factory and using the same equipment. It is approx 80mm long x 17mm wide and made from agednickel plated Brass. This is the perfect whistle if you are a Boer War reenactor, enthusiast or collect Boer War related items.