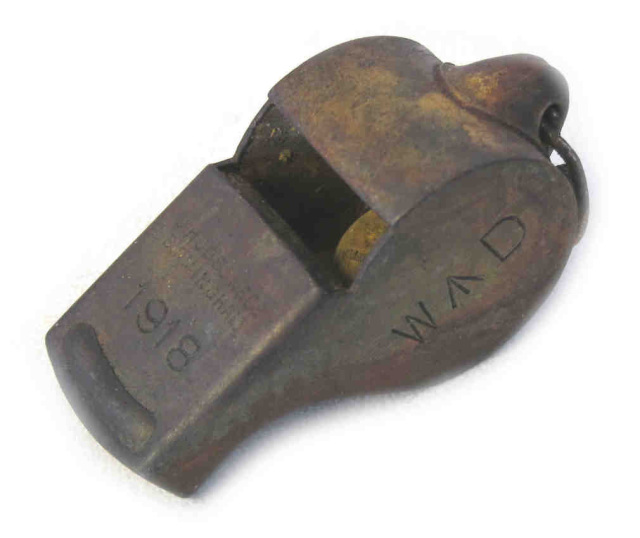 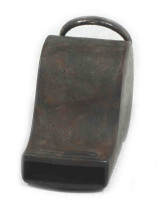 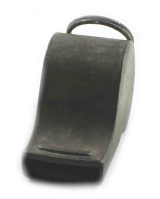 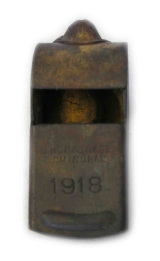 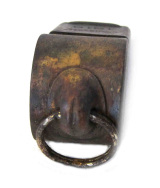 Reproduction & Aged British Brass World War One Army whistle, Number 58. These were used in WWI & continued into WWII and is still made by the original wartime supplier.

The whistle is large and hand made from solid brass. It measures approximately 50mm x 23mm x 30mm. It has the War Department 'W arrow D' on one side.

It is marked 'J. HUDSON & Co BIRMINGHAM' and the year of manufacture (1914 to 1918). The ball is made from traditional cork, continuing its history of the original whistles.

This whistle would have been used by NCO's and Officers for signalling and for calling the troops to 'go over the top', a term used to describe being ordered out of their trench, into no man's land and to advance towards the enemy. It was also used by Regimental and Military Police and other units such as Artillery to signal 'guns about to fire'.

These were also used by British Empire and USA Troops.