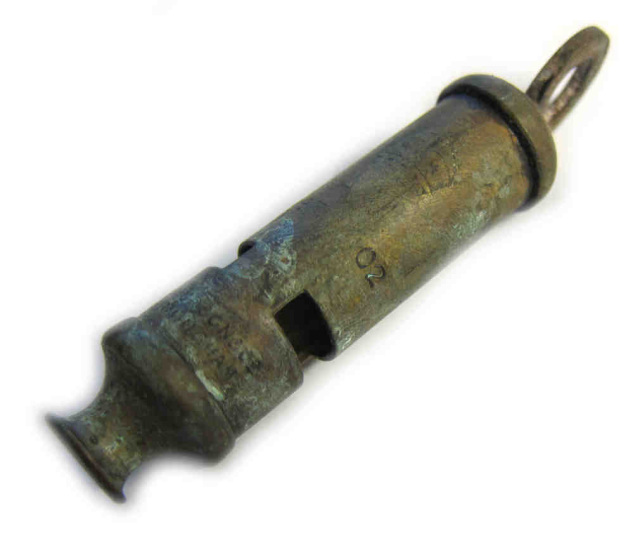 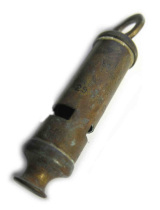 This is an aged reproduction Brass 'Air Ministry' Metropolitan type whistle used from 1918 to 1964.

This whistle was used by WW1 and WW2 Pilots and also by RAF (Royal Air Force), Police and similar units for emergency and signalling purposes. The whistle is suitably marked up with the correct War Department Kings Crown, 'A.M. 293/W/102' and 'J HUDSON & Co BIRMINGHAM'.

The RFC (Royal Flying corp) and RAF would have both used this type of whistle.

This whistle is made by the same company that made the original whistles, in the same factory and using the same equipment. It is approx 80mm long x 17mm wide and made from solid Brass and then aged. This is the perfect whistle if you are a WW1 Army, RFC or RAF re-enactor, RAF military enthusiast or collect Air Ministry related items. Great gift item for RAF personnel who served up to the 1960's!