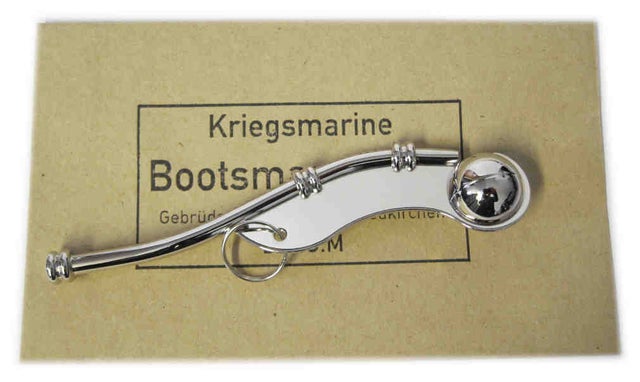 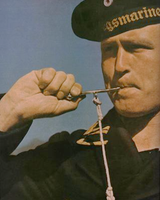 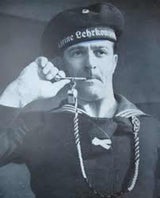 Reproduction Bosuns whistle made in Germany and used by the Kriegsmarine prior to and during WW2.

These were used before, during and after WW2 - the West and East German manufacturers continued to make these well into the 1980's. Used on all ships and U-boats to signal the boarding by a senior officer and other ceremonial events.

Treat yourself to an inexpensive version and show it off to your reenactment buddies! Comes with free 'Bootsmannspfeife' marked envelope.

The final picture compares our new and aged versions.