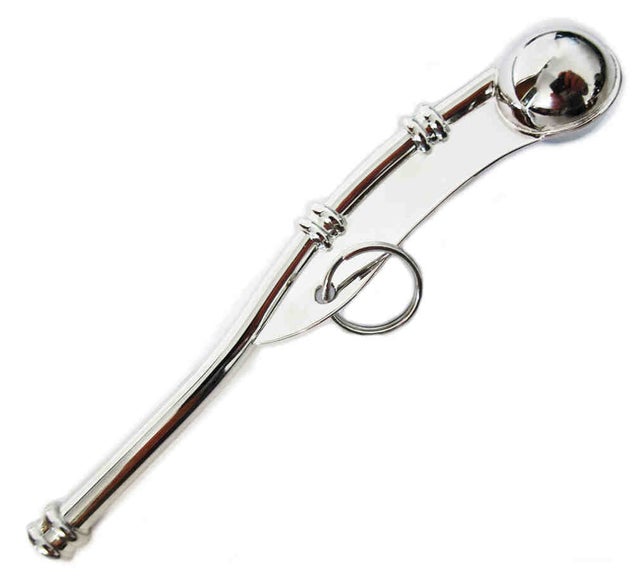 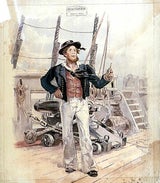 This traditional call is not just a whistle, but a musical instrument. Used by Navies around the world including Australian, British, Malaysian, US and South African Navies.

Comes with full instruction and charts for producing the many official calls.

The Boatswain's Call Handbook states that the whistles were used on English ships as far back as the Crusades, in A.D. 1248. For the first few centuries of its use, it was known as simply a whistle, but in 1671 the Royal Navy began calling it the Boatswain's call.

These were the whistles used at Prince Philips funeral by the "piping party" as his coffin was carried into St. George's Chapel.

The chain for this whistle can be bought here.